Four Tips to Neutralize Discrimination in a Community 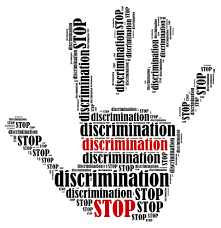 This topic is not intended to be provocative. It is unfortunate that Boards not only have to deal with unruly behavior, but that they also have to – from time to time – deal with racism and discriminatory behavior, too.

Here are five suggestions for stopping such behavior, curated from interviews with several attorneys, managers and operations directors with years of experience.

This problem isn’t new. In the case Reeves v. Carollsburg, a federal court found that a condo couldn’t sit idly by while one of its owners was being attacked on the basis of her race. The owner, Deborah Reeves, an African American, was an administrative judge in Washington, D.C., and lived in a condo. Another resident harassed her because of her race and the board took the position that this was a dispute between two unit owners. A Washington, D.C., federal court basically found that the association had some obligation to do something.

Accused of the racist harassment was a white resident, Thomas G. Schongalla, whom Reeves claimed repeatedly yelled racist and sexist epithets at her, and thus prevented her from using the common areas: he also threatened to harm her.

On September 13, 2016, the U.S. Department of Housing and Urban Development announced new protections for residents in what may be a hostile environment making the stakes higher in terms of an association having to take some kind of action against racist behavior.

One aspect of the rules indicates that there could be liability for an association that fails to take prompt action in failing to end a discriminatory process if the association knew about it. The HUD rules made it so that associations have to be more proactive if these kinds of issues come to their attention. It sort of follows Carollsburg: You can’t sit back and do nothing. But now it’s the result of a HUD regulation, and back then, it was a case of first impression, or one in which the courts hadn’t yet faced the issue.

If an association board hears of any racism—whether it’s two neighbors who are fighting and there’s a racist or discriminatory part of it, and that could be on the basis of things like race or gender—associations now have the responsibility to involve themselves and end the behavior. So how can they end such behavior?
Consider these tactics:

1. Pass rules governing behavior within the association. Boards should pass rules governing behavior. There can be a fine schedule for any violation of the governing documents. They can also add a provision that subjects the offender to a fine of up to X dollars in the discretion of a board. The board can determine how much X is. Confer with your association attorney, but some state that fine schedules starting at $25, then going to $50, and up to $100 don’t work in these cases and that “X” needs to be at least $1,000.

Of course, every violation in a condo association isn’t the same. For these types of cases, one can go to court and obtain a restraining order, but that’s going to take time and legal fees. If the board has this fine in place, the offender can be fined substantially and immediately. And if the association documents are prepared properly, if they refuse to pay, that can become a collection case.

2. Meet with the offender. The board can try to do something to protect itself and others from harassment and discrimination. Start by having a meeting, with ample witnesses and to at least try to arbitrate the issues and see if the situation can be diffused.

3. Publicly state that the behavior isn’t acceptable. Assessing fines or taking legal action against the offender if it continues is one tactic, but the management office can have a cease-and-desist letter sent to person accused of discriminatory behaviors. The letter can include the threat of fine for the next reported incident and inform the unit owner that he/she will be responsible for the association’s legal fees and costs incurred in stopping this behavior.

4. Consider bringing in an outsider. The association can consider hiring a mediator or a professional to act as a third-party, listen to both sides, and try to arbitrate it out.

Community mediation services exist in many areas for just this purpose. A good place to start is mediate.com. You can find a community mediation center near you on the website of the National Association for Community Mediation. (Click on “Public: Need Help?” and then “Locate a Center.”) These are often free or low-priced services.