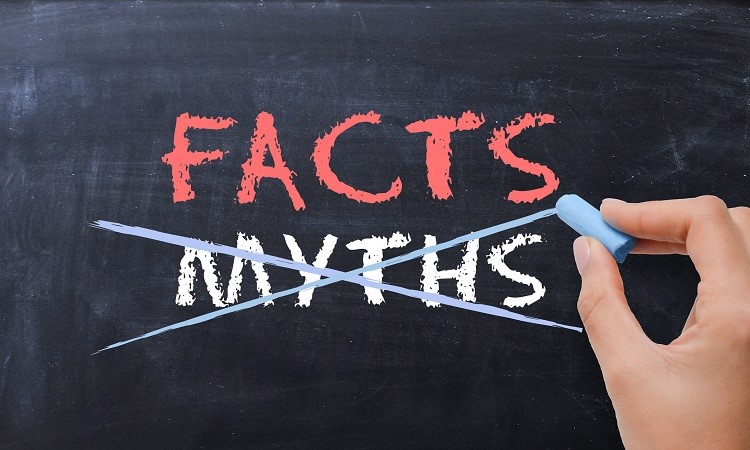 As Florida homeowners gear up for the 2019 hurricane season, a tidal wave of “tips and tricks” are once again hitting the Internet to describe how to best protect your home from a major storm. But how do you know which ones to believe, and which ones should be blown off? After all, you can’t always believe everything you hear and read. Find out below what you believed was protecting your home, but that may actually be putting you at more risk.

We’ve collected 10 common hurricane-related myths and the truths behind them to help you (and your home) better prepare for hurricane season.

Myth #1: Taping your windows is the best way to prevent them from shattering during a hurricane.
Fact: Tape cannot withstand flying debris caused by hurricane-force winds, even though 54% of Americans believe taping their windows protects them from hurricane damage. Do not waste your time and money on this myth! Opt for tested and approved storm shutters or emergency plywood instead.

Myth #2: It’s “only” a tropical storm…
Fact: Tropical storms, even tropical depressions, still pose a serious hazard. They often generate widespread, torrential rains of more than 6 inches, which may result in deadly and destructive floods. Even though tropical storms do not reach the high winds of hurricanes, they still bring a tremendous amount of rainfall.

Myth #3 My Homeowner’s insurance definitely covers all water damage.
Fact: Wrong. Homeowners need a separate flood insurance policy for damage caused by rising water. It is highly recommended to get Flood Insurance complete protection for your home, even if you are NOT in a flood zone and it is not mandated by your mortgage company.

Myth #4 Before a storm, fill bathtubs and sinks to use as drinking water reserve in case the power goes out.
Fact: Water stored in a bathtub can be used for washing clothes, bathing or flushing toilets. Unfortunately, it’s not considered sanitary enough for drinking purposes. Opt for bottled water instead.

Myth #5 Crack your windows open to stabilize pressure during a hurricane.
Fact: This is one of the worst things you can do in a storm. If you let strong wind into your home, it’s going to look for a forceful way out, breaking your windows upon impact. In addition, buildings are not airtight. Your home is constructed with enough small openings to prevent pressure from causing anything to explode.

Myth #6 Using sandbags prevents water intrusion.
Fact: While sandbags can redirect water away from your home, they are not the end-all-be-all solution. To ensure optimum sandbag water mitigation, fill sandbags halfway, tap into place and do not stack sandbags more than three layers high.

Myth #7 Winds are the most dangerous aspects of hurricanes
Fact: Nearly nine out of ten U.S deaths from tropical cyclones are due to water. Storms are categorized by wind speeds but it’s the water rise that makes up for nearly half of tropical cyclone-related deaths.

Myth #8 Hurricanes only happen between June 1st and November 30th (Hurricane Season)
Fact: Both hurricanes and tropical storms have been recorded in every single month of the year. Even though most do take place during hurricane season, it has happened out of season before and most likely will happen again.

Myth #10 Since I don’t live in a high-risk flooding area, I don’t need flood insurance
Fact: Around 25% of the overall amount of flood claims come from moderate and low-risk flood areas. Flooding can happen anywhere in the state of Florida.

« Avoiding Selective Rules Enforcement for Condo Associations
Are You and Your Community Prepared for the Next Storm? »