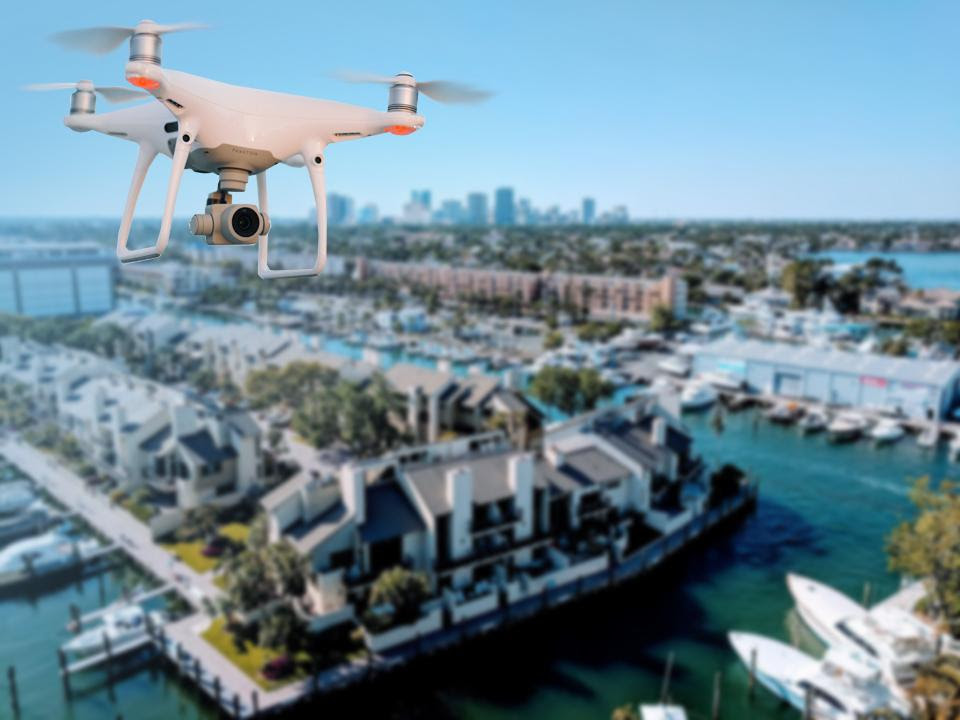 There are benefits to community associations using drones for issues such as covenant enforcement and common area maintenance. The biggest of which is the cost effectiveness and efficiency of using drones instead of individuals to perform these inspections. However, there are significant risks as well. There are a number of considerations that community associations must weigh before using drone technology to carry out association purposes. These considerations include federal and Florida laws, insurance and liability issues, potential governing document amendments, and membership objections and disputes.

There are federal statutes and agency regulations on the use of drones, including the Small Unmanned Aircraft Rules by the Federal Aviation Administration (“FAA”). A few of these regulations include the following:

In 2015, the Florida Legislature enacted the “Freedom from Unwanted Surveillance Act,” which is contained within Chapter 934, Florida Statutes. This law provides that a person cannot use “a drone equipped with an imaging device to record an image of privately owned real property or of the owner, tenant, occupant, invitee, or licensee of such property with the intent to conduct surveillance on the individual or property captured in the image in violation of such person’s reasonable expectation of privacy without his or her written consent.” Fla. Stat. 934.50(3)(b). A person is presumed to have a “reasonable expectation of privacy on his or her privately owned real property if he or she is not observable by persons located at ground level in a place where they have a legal right to be, regardless of whether he or she is observable from the air with the use of a drone.” Id.

Members of community associations do not have a reasonable expectation of privacy on the common areas because those areas are owned by the association and open to the entire membership. Whether or not an owner has a reasonable expectation of privacy from association inspections on his or her own private property is another issue. A community association could take the position that because members bought into a deed-restricted community with a recorded declaration that includes numerous use restrictions, the members do not have a reasonable expectation of privacy from an association’s efforts to enforce its covenants, even on the members’ own private properties. The members, on the other hand, could take the position that the use of a drone allows for observations that would not be possible from traditional ground-level inspections and, therefore, are prohibited by this Florida law. It is difficult to predict how a court would come down on this issue.

There is one notable exception stated in the Florida law that might apply to community associations. The law does not prohibit the use of a drone “by a person or an entity engaged in a business or profession licensed by the state, or by an agent, employee, or contractor thereof, if the drone is used only to perform reasonable tasks within the scope of practice or activities permitted under such person’s license.” Fla. Stat. § 934.50(4)(d). A licensed community association manager may fall under this exception, meaning that a licensed manager could use a drone for his/her duties as the association’s agent in covenant enforcement and maintenance inspections without violating the members’ reasonable expectation of privacy. As of yet there is no appellate court decision holding this exception to apply to a licensed community association manager for this purpose.

An association must evaluate its governing documents to determine if the current provisions are broad enough to allow for the use of drones in inspections or if a declaration amendment is required. Most declarations will have a section on the association’s maintenance and repair requirements, which an association may be able to rely on for authority to use drones, depending upon how the section is worded. Some declarations also give the association the right to enter into the members’ parcel and/or unit for the purpose of inspection, maintenance, replacement and repair needs. Depending upon the language used in this section, it may be broad enough to allow drone usage for these purposes.

Conversely, most declarations contain a nuisance section and members may try to argue against the association’s use of drones as a violation of the nuisance clause. If there are maintenance, right-of-entry, and use restriction sections in the declaration, any one of those sections, or a combination thereof, will likely be broad enough to give the Board the ability to enact rules and regulations, written policies or a board resolution, on the use of drones for covenant enforcement and maintenance inspections. There are some associations where the declaration provisions just aren’t worded favorably enough to allow for drone usage, which means a declaration amendment granting this authority to the association is likely needed before drones can be used. It is recommended that prior to any community association using drones, it work with legal counsel to ensure it has the written authority to utilize such methods.

It takes significant time and resources for board members or managers to personally travel throughout the HOA property for inspections, and the use of drones can significantly reduce the time and expense of traditional enforcement methods. Moreover, the use of drones means that violations are automatically captured on camera, which would assist the covenant enforcement committee. Regardless of these benefits to the association, the reality is that any use of drones is going to upset a large portion of the membership.

In addition to establishing a written policy, rules and regulations, and/or board resolution on drone use, it is also recommended the community association make efforts to fully educate the members prior to implementing any drone usage. This should involve several member meetings for allowing the members to voice their concerns, provide feedback and for the board to explain the reasons and benefits for drone usage. The association can expect this topic to take up a good amount of time at future meetings.